Buy me a coffee

This is a very short executive summary (or a teaser) about what we managed to do in approximately 2 months in the Profi.ru DS department (I was there for a bit longer, but on-boarding myself and my team was a separate thing to be done at first).

A more detailed series of articles will follow soon.

Also please see our presentation we did today at our big demo event (it is in Russian, but the majority of important charts are self-explanatory). It contains many more details.

Or just follow this article. Or just wait for new articles)

Obviously some of these results were achieved not only by our team, but by several teams (i.e. we obviously did not do the scraping part for domain corpuses and the manual annotation, though I believe scraping can be also solved by our team - you just need enough proxies + probably some experience with selenium).

The last bullet is a ballpark estimate, but a conservative one.
Also AB tests will follow. But I am confident in these results.

This does not include the final classifier.
Also in the end we abandoned fake RNN and triplet loss models in favour of the classifier bottleneck.

What works in NLP now?

Also you may know that NLP may be experiencing the Imagenet moment now.

When building clusters, we stumbled upon a way / hack to essentially apply UMAP to 100m+ point (or maybe even 1bn) sized datasets. Essentially build a KNN graph with FAISS and then just rewrite the main UMAP loop into PyTorch using your GPU. We did not need that and abandoned the concept (we had only 10-15m points after all), but please follow this thread for details. 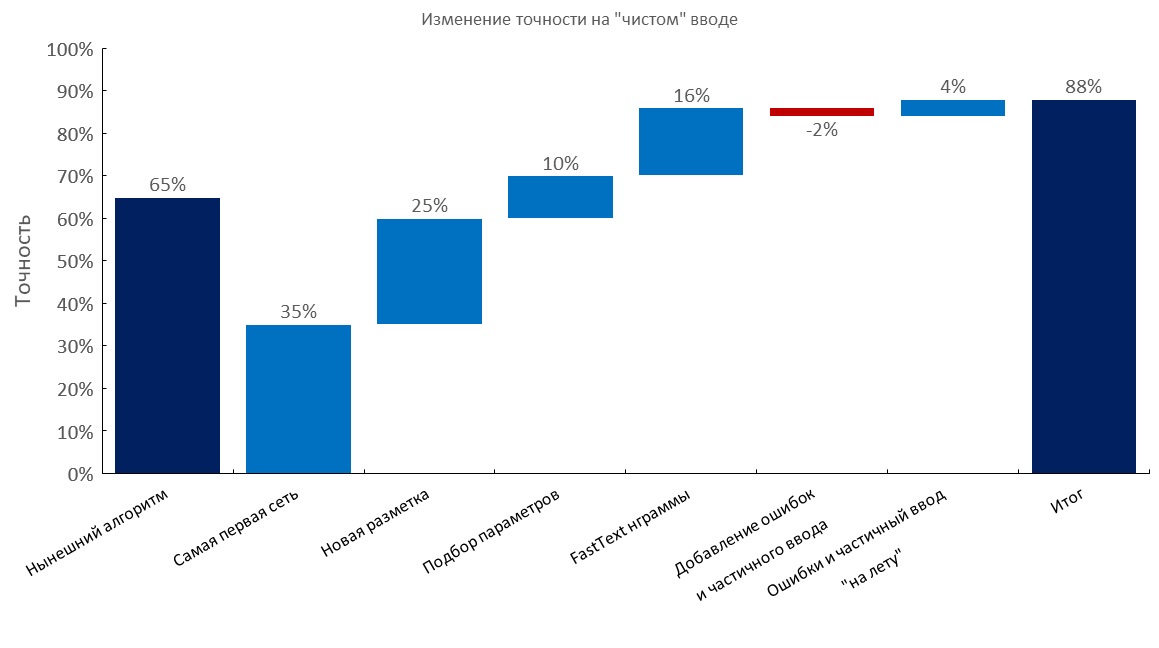 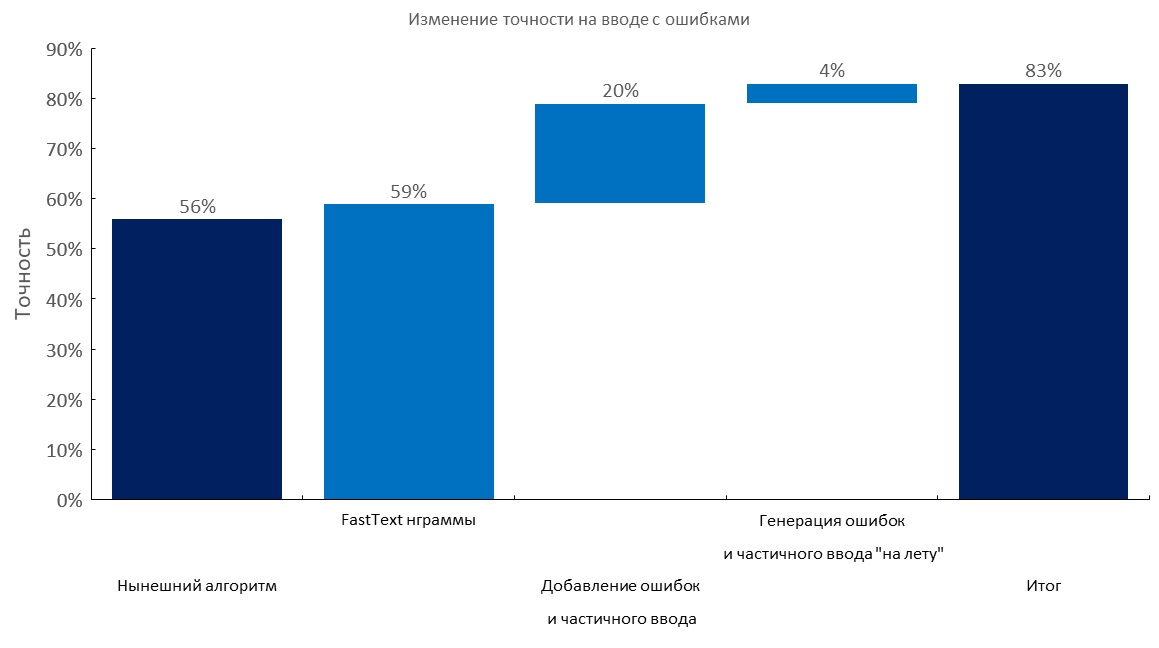 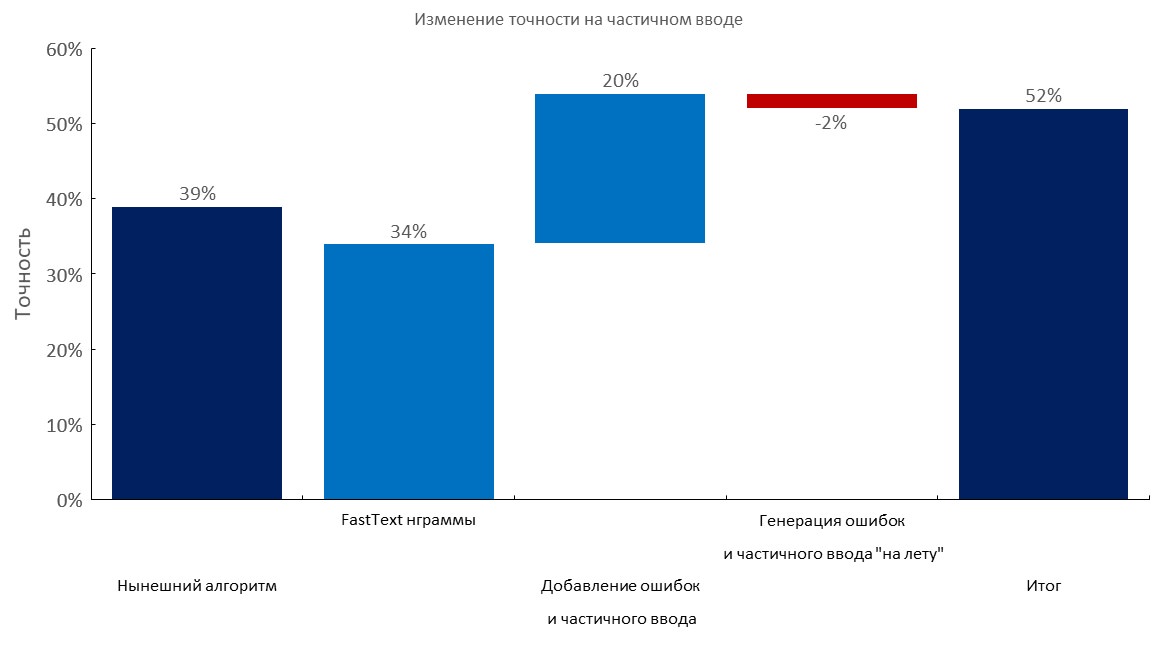 Stress test of our 1M n-grams on 100M vocabulary: 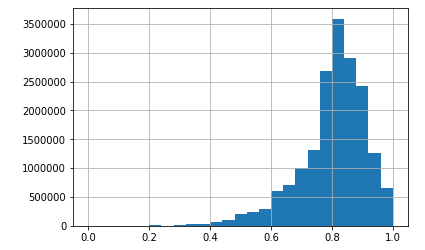 We brute forced a lot of queries to services like this one (in attempt to essentially reverse engineer their dataset), and they have a very small dictionary inside (also this service is powered by a tree classifier with n-gram features). It was kind of funny to see that they covered only 30-50% of words we had on some corpuses.

Our approach is far superior, if you have access to a large domain vocabulary.

KNN used as a benchmark to compare different embedding methods. 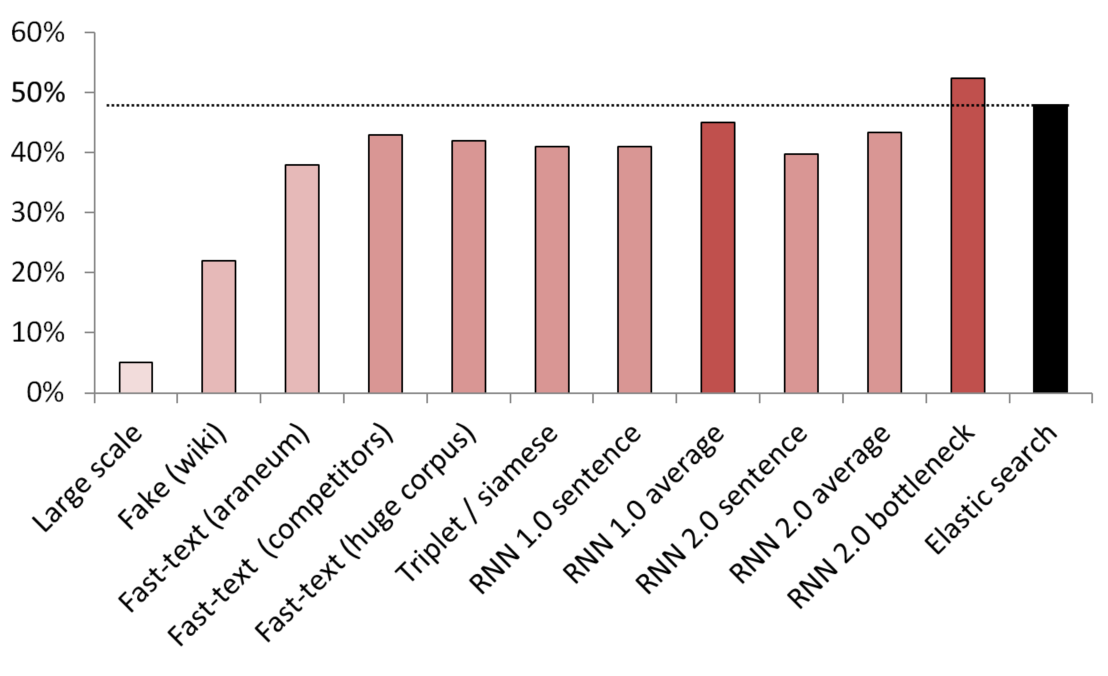 To avoid leaks, all the random sentences were randomly sampled. Their length in words was the same as the length of services / synonyms they were compared with. Also measures were taken to make sure that models did not just learn by separating vocabularies (embeddings were frozen, Wikipedia was undersampled to make sure that there was at least one domain word in each Wikipedia sentence). 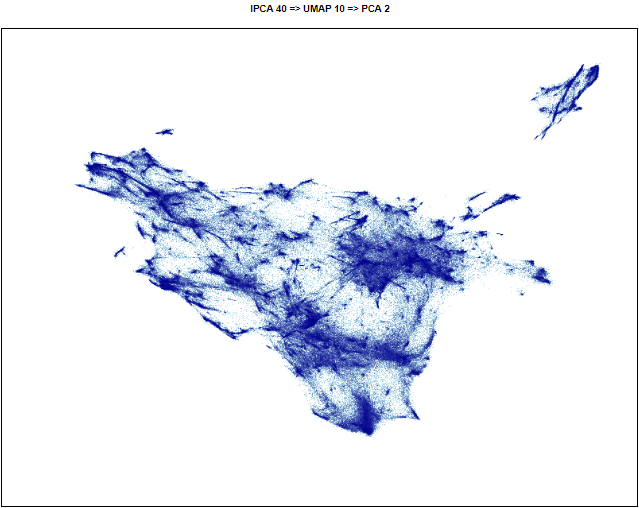 Ablation tests and what works, what we tried and what we did not